Hercule "Elly" Barton (エルキュール・バートン) is one of the four main protagonists in Tantei Opera Milky Holmes. A very shy girl who is easily embarrassed.

Hercule is always the passive one in the team, often unable to speak up and is sometimes completely left out of a conversation. She often tries to be the voice of reason, but her timid nature means she's often ignored and yelled at afterward. Nevertheless, when she is determined, her actions often speak louder than her words.

Shy as she is, she cannot stand people looking at her even for a short period of time. Of the four, she is also the one who is the most sexually educated (As seen in the episode where she runs away crying when Kokoro asks her to pose with her legs wide open in a twister game or the episode where she explains the actions of a stripper wearing a long coat.) But then again, she does try to conquer her shortcomings by taking a job as a posing model for an art center. Which sadly gives her nightmares in her sleep when she dreams of the artists staring at her.

Hercule's Toy is the power of superhuman strength. Like the others whose abilities were never used throughout the series, the full extent of her powers are never fully demonstrated.

Other notable feats of her abilities include blocking a sword swing from Stone River in the PSP release of milky holmes the first game for that handheld, breaking a portion of the large rocky mass object Sheryl levitated in the last episode of the 1st season of the animated series.

She was seen swinging a construction excavator like a baseball bat and lifting then throwing a whale from the seashore with ease. It should be noted that throughout the period where the Milky Holmes girl's Toys were lost, Hercule is the only one who has successfully activated her Toy during a time of crisis. She may be have a crush on Nero Yuzurizaki. 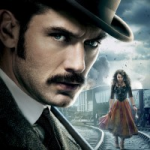 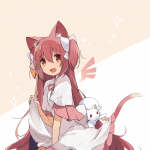